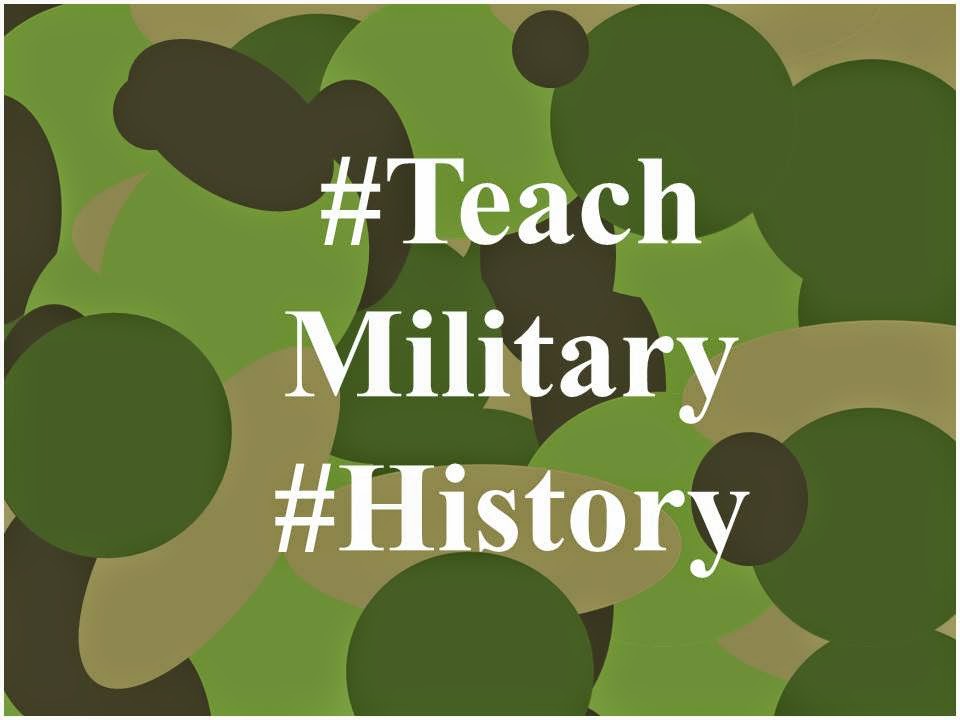 Military history is a specialized field with many different facets.  This field has even found a place in popular culture with many amateur historians. When teaching military history you can focus on the experience of soldiers on the battlefield, military strategy, or significant leaders. Another option is to focus on the impact of war by examining economic production, life on the home front, technologies introduced or deaths and causalities. With each war, I focus on different components of military history.


Here are a selection of websites that can be used to incorporate military history into your lessons.

·         This Revolutionary War Interactive website lets you follow the battles of the Revolutionary War as they happen. The maps provide clear opportunities to illustrate the progress of the war and the strategy of both sides.

·         The Price of Freedom: Americans at War  is a virtual exhibit hosted by the Smithsonian. Each section has an introductory video and artifacts to examine. This exhibit spans conflict in American history into this century.

·         The Veterans History Project at the Library of Congress is also a great source for oral histories interviews.

One facet that has been a challenge teaching to students is military strategy. Finding ways to help students connect to this material was a difficult. Either they were very knowledgeable about the subject or had little interest in it at all.  What could be done to engage students across the spectrum? Was there a hook for the disinterested and a challenge for the enthusiast? I found one. I created an activity entitled, “If the Civil War Was a football Game.”

This activity was based on comparing the events of the Civil War to aspects of a football. It worked surprisingly well.  Students had to make comparisons and justify their comparisons. Students could identify teams and began to see military strategy as competition for territory and control.  Even students who struggled were arguing over what battles made the biggest difference in the war and what leader’s decision changed the course of the war.

To introduce this activity and way of thinking, I begin with a whole class activity modeling this effort.  To do this activity well students must use historical evidence to complete their simile. I have tried this assignment as both a writing assignment and as a project. It has worked with students at every ability level. To differentiate I simply increased the complexity requirements and decreased supports as needed.

Here is the writing assignment variation I used one year:


If the Civil War was a Football Game…….