The antebellum period was a tumultuous time in American History, and there were a lot of reformers and reform movements seeking to cure various societal ills.  Movements to end slavery and alcoholism coexisted with movements to improve the conditions of women, inmates, and the mentally ill.  New religious denominations spread across the country, and utopians tried to build perfect societies.  There are a lot of people that students need to know.

This period is a perfect period for speed dating, an activity I picked up from the AP U.S. History Teachers Facebook Group.  I have no idea of the origin, but it is a fun way to cover a lot of people quickly.  Each student chose a reformer from a list.  The list can be customized based on local or state standards, textbooks, teaching preferences, etc. 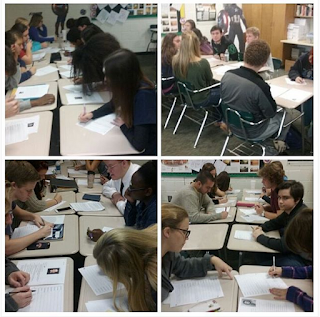 On the appointed day, the desks are set up in pairs and one side of the pair moves every 2-3 minutes, to rotate around the room.  In that two to three minutes, each one of the pair shares important highlights about his or her character and takes notes.

The next day we debriefed in small groups.  I had 6 stations set up around the room with big pieces of paper and markers.  One paper had the question “What did the Reformers have in common with each other?”  One said “How were the reformers different from the rest of Americans?”  The other 4 papers had straight lines, the small groups had to discuss and place their partial list of reformers on each spectrum.  Among the spectrum topics were:

The small groups rotated around the room addressing each question and contributing to each page.  Then we had a whole group discussion about their work and why they thought the way we did. 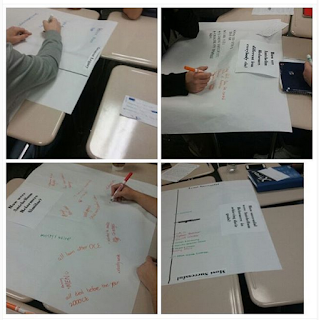 In the end, the students had actively engaged in learning about the reformers and the antebellum period. I do speed dating a few times a year now, as it can be easily adopted to almost any period when there are a lot of people. However, it doesn’t have to be just people.  Students can also speed date as ideas, books/documents, states, countries, etc.

If you want to see the student instructions and list of reformers that I used, go here http://schoolwires.henry.k12.ga.us/page/7362 and look for “Reformers Speed Dating.” There are numerous “I Am” poem templates online; you can easily find one that suits your needs.